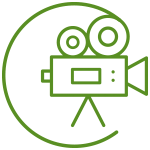 1. Why is the Hungarian film industry successful?

The rapid growth of the Hungarian film industry in the last 15 years can be traced back to several reasons. First of all, the development is due to the favorable provisions of the Hungarian Motion Picture Act (coming into force in 2004), that was specifically designed to make the Hungarian film culture and film industry internationally competitive. Therefore, in order to establish the necessary financial background, productions making films in Hungary enjoy an automatic indirect support.  As of 11 June 2018, the film tax rebate has been increased from 25% to 30%.  Film productions that submits their request for entitlement to film support to the National Film Office (NFO) on or after June 11, 2018 may claim 30% tax rebate.

Other factors also contribute to the success of the Hungarian film industry. The existing film infrastructure, namely, the modern, well-equipped film studios, Hungarian crew with expertise and international experience, and the availability of diverse shooting locations make Hungary an attractive place for shooting in the eyes of the Hungarian and foreign film producers. Recently, two Hungarian pictures – the „Son of Saul” and „Sing” – won Academy Award, and „Son of Saul” was also awarded with the Grand Prix of the Cannes Film Festival in 2015. Moreover, the movie „On Body and Soul” won the Golden Bear at the 2017 Berlinale in 2017 and was nominated to Academy Award 2018 in the category of foreign language film, further strengthening the prestige of the Hungarian film industry.

The direct Hungarian film productions costs (which form basis of the film tax rebate), include not only the value of the products and services purchased from Hungarian suppliers, but also a certain part of remuneration cost of those foreign cast and crew members who are liable to pay tax in Hungary. The settlement of taxes must be justified in a creditable manner. As 50% of the remuneration costs are eligible Hungarian spend, involving foreign actors and crew members in the Hungarian taxation may result in an effective tax rebate rate of 18.75% (this ratio was 15.625% while the tax rebate was 25%). The reason for this is that the taxable remuneration not only forms basis of the 30% tax rebate but also increases the base of the eligible 20% foreign spend.

Film production companies may claim the 30% tax rebate either directly from sponsor companies directing part of their tax liability for that purpose, or from the deposit account of the Hungarian National Film Fund („Film Fund”). The deposit account operates since 2012, and the amount of the tax rebate approved as a result of a cost control procedure conducted by the NFO can be claimed from this account. A 2.5% administration fee is deducted by the Film Fund. The claims from the deposit account are fulfilled on the first-come first-served basis. In 2018, the approved available budget for film productions is HUF 33 billion that may be increased by additional HUF 3 billion during the year. (For more information regarding the current balance of the deposit account see this page: http://mnf.hu/hu/szolgaltatasok/leteti-szamla-1)

The source of the indirect film rebate is the support offered by Hungarian corporate taxpayers for film-making purposes. In most cases, sponsors indirectly support film productions by depositing a certain amount /offering part of their tax liability to the deposit account of the Film Fund, but, they can also support film productions directly. Depending on the form of the contribution, sponsors enjoy either a corporate tax allowance or a corporate tax credit based on the amount of the support/offered tax. (You can find more information on tax allowance and the tax credit here.) The Hungarian film support system has been reviewed and approved several times by the European Commission. The current system remains in effect at least until 31 December 2024.

The Hungarian-sourced income of foreign actors and crew members may become taxable in Hungary in accordance with the rules of the international tax conventions and the Hungarian personal income tax rules, and thus may form the basis of the Hungarian film tax rebate. Hungary has concluded tax conventions with more than 80 countries, including the EU Member States, the USA, Australia and Canada.

The foreign actors’ income earned in connection with their activity carried out in Hungary is taxed in Hungary in the vast majority of cases. This is true regardless the artist concluded his/her assignment contract with the foreign or the Hungarian production company, or if he/she receives the remuneration personally or through loan-out company. (However, the exact provisions of the given tax convention must be checked in all cases.) As a result, most actors performing in Hungary are obliged to pay a 15% personal income tax after their salary and per diem earned in connection with their Hungarian work. As a new development, remuneration paid to US actors may also be eligible for Hungarian tax rebate purposes if certain conditions are met. However, to conclude on the eligibility of US actors, detailed analysis of the actual circumstances affecting the tax status is essential.

In the case of foreign crew members, provided they are taxable in Hungary, the tax rebate is available. Their tax status, however, also needs to be checked case-by-case according to their specific circumstances.

Hungarian film project companies manage their books according to the Hungarian accounting rules, and are obliged to pay a 9% corporate income tax based on their profits, and a 2% local business tax based on their adjusted net profits, i.e. the net sales revenues decreased by the payments to subcontractors, the costs of materials and the cost of goods sold.

The 27% value added tax (VAT) paid to suppliers in connection with the goods and services purchased in Hungary can be, in most of the cases, deducted and reclaimed. Film productions are mostly in a VAT reclaiming position, however, due to the time-consuming refund process, the production has to consider VAT as a transitional item to be financed.

Assets and equipment imported outside from the customs territory of the EU may be subject to a customs duty obligation, but due to the temporary nature of the import, the owner of the asset/equipment is usually exempted from the duty obligation.

The Hungarian project company as an employer (or as a disburser) may have a tax deduction and a tax payment liability in connection with wages and similar remuneration with respect to the employment of domestic cast and crew members in the film production. The 15% personal income tax and the 18.5% social security contribution should be deducted from the gross salary, while the production is subject to a 19.5% social contribution tax and a 1.5% vocational training contribution. There are other special, simplified ways of paying tax in the film industry, like the so-called simplified contribution (ekho) and, mostly in the case of film extras, the payment of the flat rate daily tax related to simplified employment (currently HUF 3 thousand per day).

OrienTax provides its services both to film productions that are intending to utilize the Hungarian film tax rebate, as well as to possible sponsor companies regarding various tax issues.